Keep An Eye Out for New Pygmy Slow Lorises 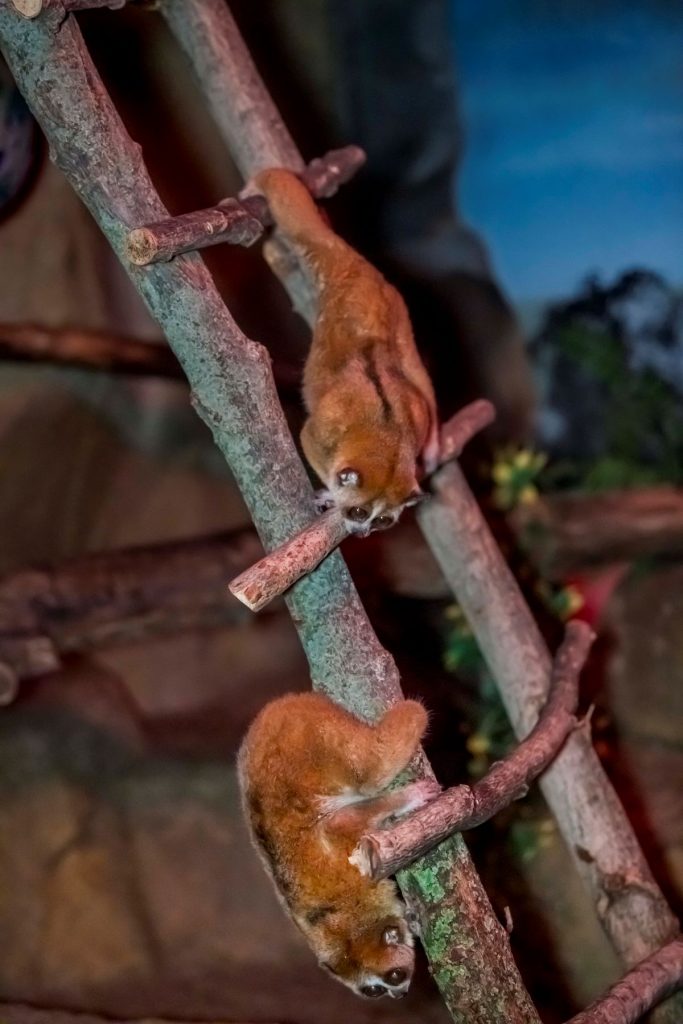 The latest residents on the nocturnal side of the Small Mammals building may be hard to spot, but they’re worth the stop! The Zoo recently added two pygmy slow lorises to our primate population.

Henderson, the male, and Chantu, the female, are both 12 years old and arrived from the Brookfield Zoo in greater Chicago. In the wild, pygmy slow lorises are listed as Endangered and found in the tropical forests of Vietnam, Cambodia, Laos, and southern China. This species is highly-trafficked in the illegal pet trade due to its distinctive look and several unique characteristics. They can be easily identified by their extremely-large brown eyes, which help them spot prey in the dark. And they’re petite, averaging less than a foot in length and only about 15 ounces. 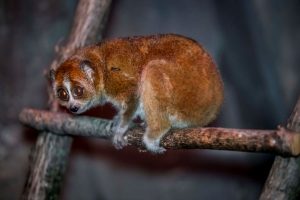 Pygmy slow lorises are the only venomous primate. Glands inside their elbows secrete compounds that mix with their saliva to deliver a toxic bite to rivals and predators. The animal care team takes special care to wear leather gloves when handling these primates. Unfortunately, pygmy slow lorises sold as exotic pets often have teeth removed to prevent venom-induced bites — this often leads to infection, malnutrition, and death. 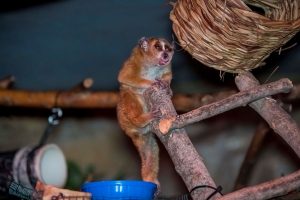 In the wild, pygmy slow lorises eat fruit, insects, tree gum, and sap. They’re arboreal, foraging and hunting in trees at night and often hang upside-down by their feet to use both hands to eat. Pygmy slow lorises are also one of the few primate species that slip into torpor (an abbreviated type of hibernation). During the cooler months when food is scarce, they reduce activity and lower their body temperature to save energy and hide from predators.

Check out these fascinating animals!

Fun fact: During the day, they sleep curled up in a ball with their heads tucked up under their arms.