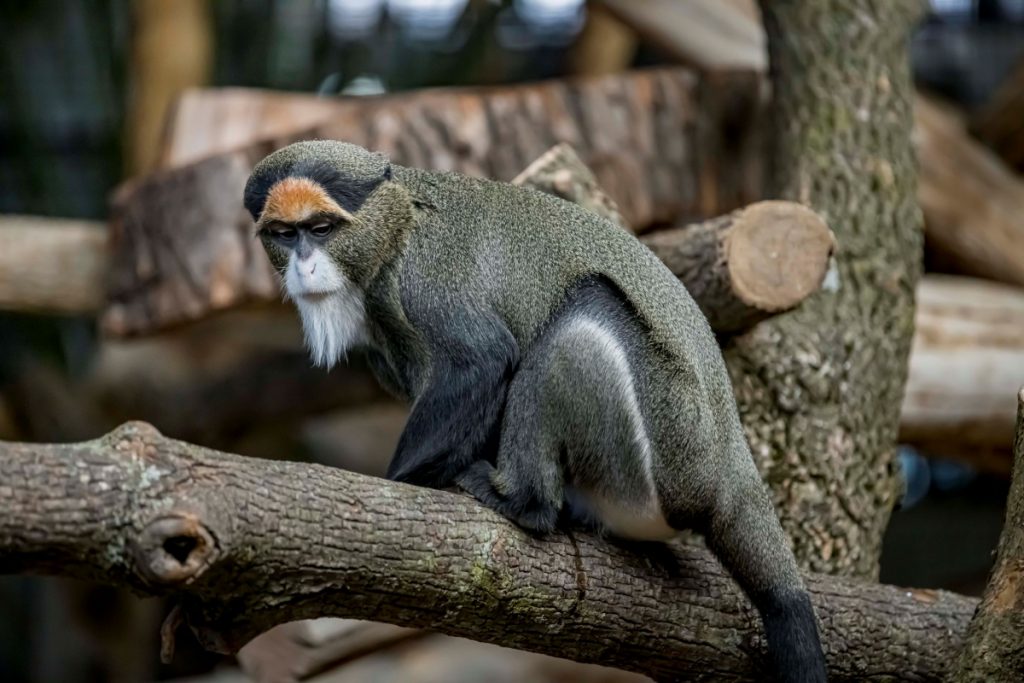 An interesting primate species returns to the Zoo – DeBrazza’s monkeys in the Primates of the World building. Female Holly and male Hugo arrived from other AZA-accredited institutions and are getting acclimated to their new habitat, after clearing MCZ’s standard 30-day quarantine period.

DeBrazza’s monkeys are a colorful and dynamic species known for their white facial hair, which resembles a beard. With their white belly, speckled grayish coat and black extremities, they have an elegant appearance.

Commenting on adding this species to the population, Curator of Apes and Primates, Trish Khan, says, “We were looking to add a new species to the Primates of the World building, and DeBrazza’s monkeys were a great fit. With this young pair (Holly is 5 years old; Hugo is 4) that are recommended to breed, we can continue to contribute to species conservation and management through participation in the Association of Zoos and Aquariums (AZA) Species Survival Plan® (SSP). The SSP helps ensure the survival of selected species in zoos and aquariums, most of which are threatened or endangered in the wild. 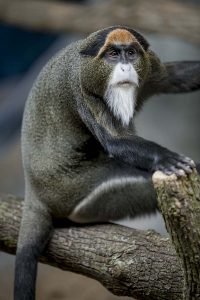 Among the most widespread African forest monkeys, DeBrazza’s monkeys are arboreal and spend most of their time in the trees and shrubs between the forest canopy and the ground. Their habitat at the Zoo has been updated to reflect their arboreal nature. They can swim and usually choose to live near water sources. Their diet primarily consists of fruit and seeds and the species play an important ecological role as a seed disperser.

DeBrazza’s monkeys are considered Stable in the wild (according to the IUCN – International Union for the Conservation of Nature); however, they face threats from deforestation and the pet trade. Zoo guests can contribute to their conservation story by purchasing shade-grown coffee, not posting pictures of primates as pets, and choosing sustainable palm oil products.

Next time you’re at the Zoo, be sure to stop at Primates of the World to see these eye-catching animals!