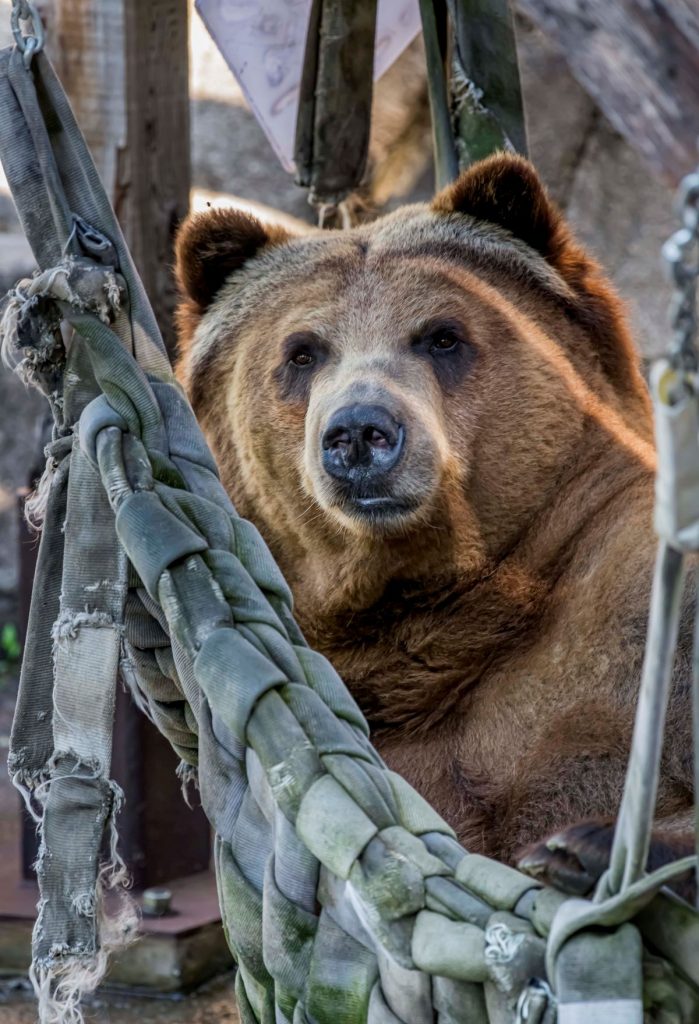 Education, In The News

From Bears to Seals…Several Zoo Species in Hibernation

As guests visit the Zoo during the winter, it’s important to note that some of our animals are not visible, as they are hibernating in dens off exhibit. For most, hibernation begins about mid-November until mid-March when the animals awake fully and can be seen in their outdoor habitats.

The Zoo is home to a badger, Oscar; and four grizzly bears: mom, Ronnie, and her three male offspring, Bozeman, Chinook and Brian. Brown bear Boris lives in a separate habitat, not too far from the grizzlies. Bozeman outgrew his family group and now lives in the former Polar Bear habitat. All five bears begin hibernation around mid-November and wake up in mid-April.

In addition, the Zoo’s new prairie dog group goes into a semi-hibernation called torpor. Torpor is a state of decreased physiological activity in an animal, usually marked by a reduced body temperature and metabolic rate.

Torpor enables animals to survive periods of reduced food availability. Animals that undergo torpor include birds and some mammals, including many marsupial species, and rodent species like mice and chipmunks.

In the summer, bears take part in their normal activity. In the autumn, they begin a stage called hyperphagia, or an increase in their food intake, to prepare for hibernation. Zookeepers start changing diets for the grizzlies and brown bear around September 1, adding fish to their regular diet and all the extra calories they’ll need for added weight throughout the winter. Bears put on an additional 20% in body weight and their activity levels and metabolism decline. By November, they have transitioned to slowing down and mostly sleeping while in hibernation. During the spring, the bears may experience “walking hibernation,” as they come out of hibernation. Throughout the winter, bears may wake up at sporadic times during the hibernation period.

Zookeepers make sure the habitat is bedded down for the animals, adding extra straw for them to have throughout the winter.

During torpor, the prairie dogs stay in their underground chambers they’ve constructed, each of which allows for various activities like sleeping, eating and excreting waste.

Badger
The Zoo’s badger, Oscar, is 6 years old, and goes through hibernation.

Because the outdoor habitat isn’t designed to handle snow and ice, which could cause cave-ins, zookeepers prepare a winter box for him in the back area of the habitat.

Zookeepers give Oscar straw for bedding, and once he leaves the habitat in mid-November, he’ll stay in the back area for the entire winter. Zookeepers try not to disturb hibernating animals and check their areas about once per week.

Harbor seals remain active through the winter. Zookeepers adjust their diets year-round, allowing each seal to maintain a good and healthy weight.

The seals are active year-round and diets, in general, are adjusted, like the bears, making sure they gain their winter weight. Unlike the bears, the harbor seals keep eating the entire winter.

Adult male Ringo’s summer weight is about 220 pounds. During preparation for winter, he’ll reach ~ 300 pounds. During this time, zookeepers will feed him 3 pounds of herring and 2 pounds of capelin three times daily to maintain his weight through winter.

As spring approaches, for Ringo, the herring will be switched out with capelin, which is less caloric, and then herring will be omitted entirely and changed to squid which is extremely low in calories. Female Cossette stays on a higher calorie diet due to pregnancy/lactation. Cossette gave birth to pup Leia in 2022.