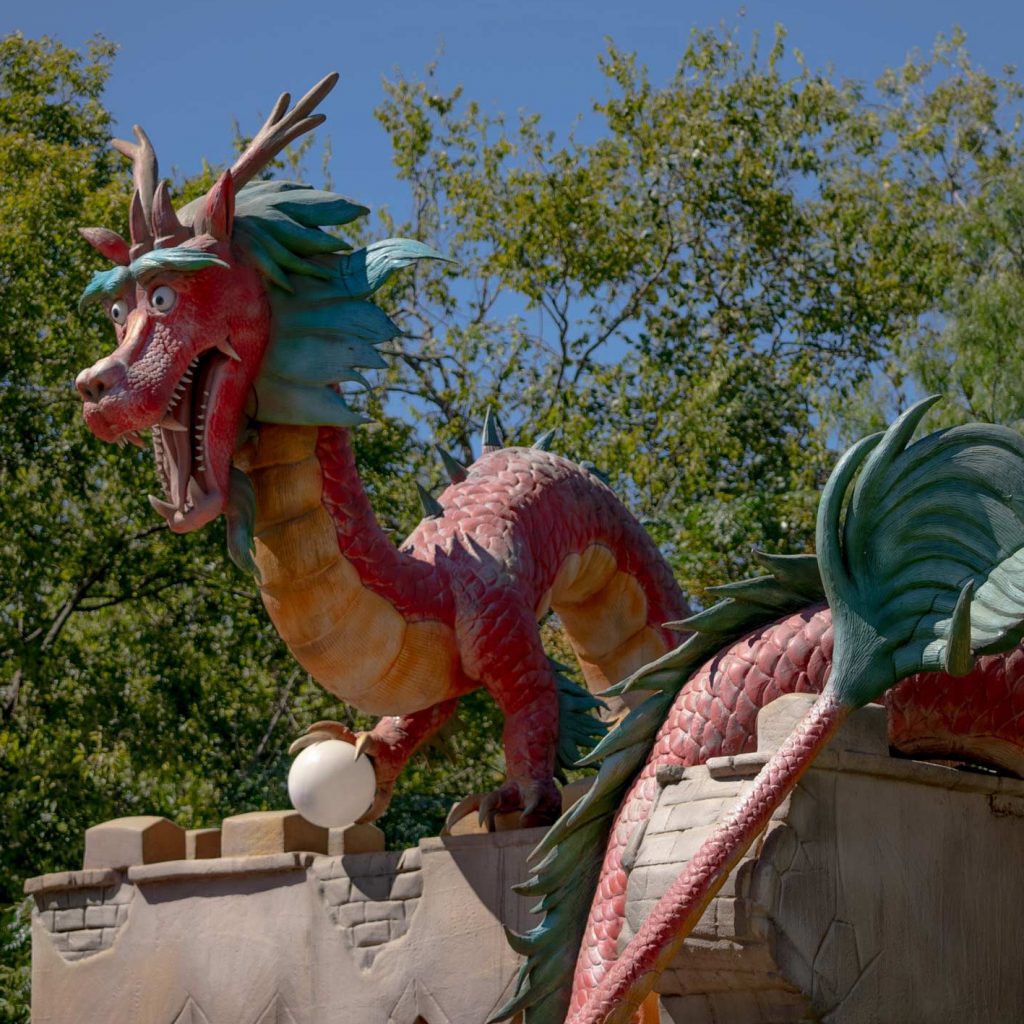 Visit the Zoo’s 2022 summer exhibit, Dragon Kingdom, and enter an enchanting mythical world to encounter more than 15 awesome animatronic creatures found in cultures throughout the world.

The exhibit is open daily and located outside behind the Small Mammals building. Cost is $3 per person.

With historical references, meet dragons that can breathe with fire, soar with wings, and mirror characteristics of enormous lizards and snakes.

Compare the physical attributes to learn the similarities and connection between animals of the natural world and mythical creatures.

Ranging in size from 10 to 40 feet, marvel at the dragons’ wildlife features that tie-in their existence to endangered animals on the brink of extinction today.

When visiting Dragon Kingdom and the Zoo, consider “Rounding Up” when you make a purchase. Donations benefit wildlife conservation programs that focus on animal species at the Zoo.

The word “dragon” is derived from the Greek and Roman “drakon” and “draco,” words used to describe a huge snake. Artifacts depicting dragons of one type or another have been found as early as the fourth millennium B.C.

The myth of the dragon came about from the discovery of dinosaur or prehistoric megafauna remains in ancient times.

Some of the Dragons Featured 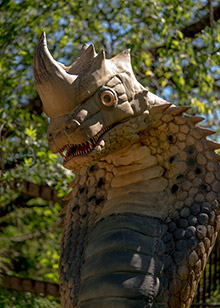 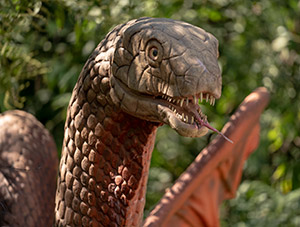 Boo at the Zoo tickets on sale now!