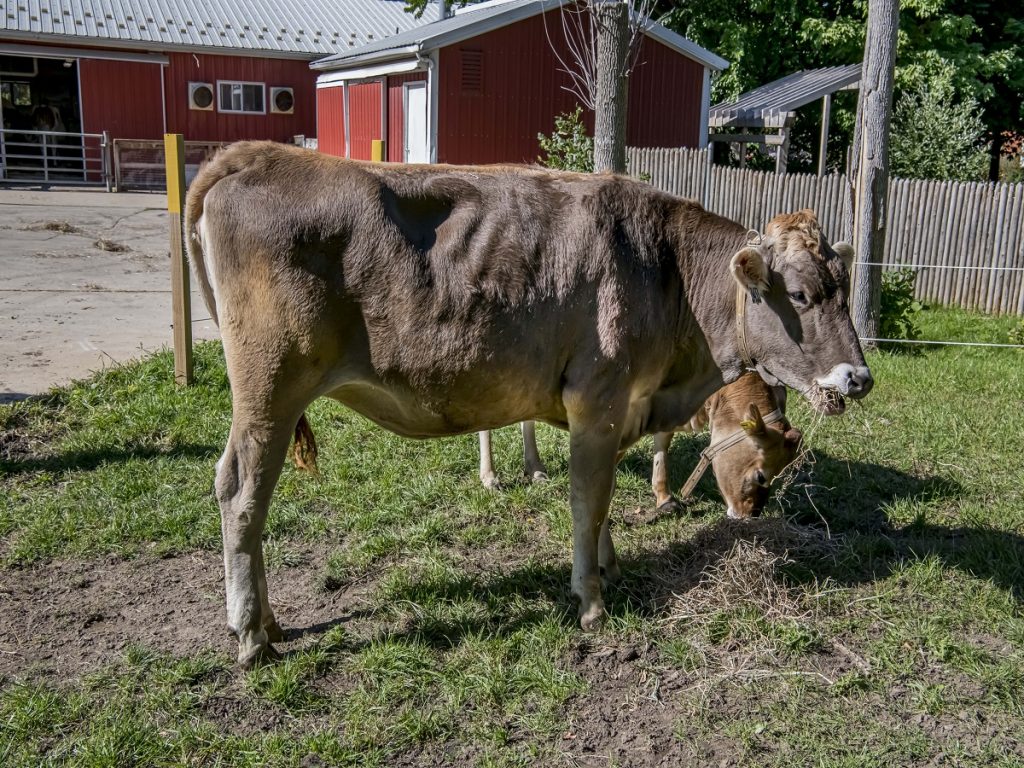 The Milwaukee County Zoo is excited to announce the addition of two heifers to the Cow barn in the Northwestern Mutual Family Farm. The heifers are brown Swiss and Jersey breeds. These are “returning” breeds to the Zoo’s population. Both breeds were represented here in 2015 and 2013 respectively. (Heifers are young female bovine that haven’t given birth. Once they do, they are known as cows, even if they aren’t milking.)

Callie, the brown Swiss heifer from Voegeli Farm in New Glarus, Wisconsin, will turn 2-years-old in late October. Miley is the Jersey heifer, also turning 2-years-old in late November. Miley arrives to us from Strack-View Farms in Random Lake, Wisconsin. And both heifers are currently pregnant with their first offspring – Miley is due in October and Callie in January!

The duo will be slowly introduced to the other cows out in the yard. The animal care team reports that both seem to be settling in well and appear to be calm and interested.

The Zoo has the only working dairy farm in the city of Milwaukee. Once Miley and Callie give birth, they will be milked twice daily with the other resident cows in the Farm. Miley and Callie are also bringing something a little extra special – the brown Swiss and Jersey breeds are known for producing milk with higher fat content, ideal for cheese-making.

Of the seven major milking breeds, the Zoo now has five: red and white Holstein, black and white Holstein, Ayrshire, brown Swiss, and Jersey. The brown Swiss originates from the Swiss Alps and is considered the oldest dairy breed. Colors vary, although Callie is grayish/brown. The Jersey is the smallest of the major breeds of dairy cattle and is believed to originate from the island of Jersey off the coast of France. Miley is brown and tan with a partially white face.

Stop by the Cow barn to meet these engaging new females!