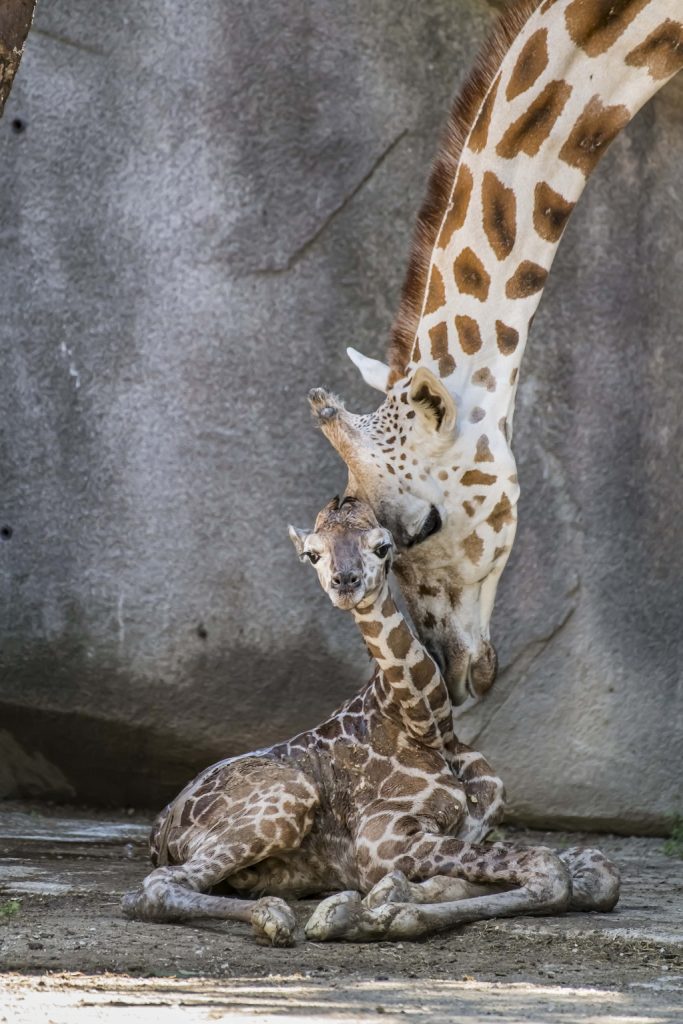 Keepers share that Asante and mom, Ziggy, continue to bond and are now spending the night with the other females in the indoor habitat. During the day, Asante and his half-sister, Poppy, can often be seen romping together, studying the public, or napping. Asante, like other calves his age, is experimenting with solid food and eating a small amount of alfalfa, browse (leaves from trees and shrubs), and pelleted chow — although he’s still nursing quite a bit as well. Along with Poppy, he spends a lot of time following his older half-sister, Maya, his aunt, Rahna, and other female, Marlee, outside. And he continues to grow, standing tall at roughly 6’6” now!

This is the fourth calf born to Ziggy. He’s in the outside habitat daily, and the other adults and half-sister Poppy will be added back out over the next few days, while Dad, Baha, will remain separated for a while yet.

Upon his neonatal checkup on August 5, Asante weighed 168 pounds and stood about 5’11” tall. During the exam, the calf received a blood test, tetanus vaccination, check for cleft palate, eye and ear check, and joint palpation. Staff also listened to his heart and lungs. Everything looked healthy and normal!

Keepers report that he’s strong, spunky, and curious about his surroundings. “Ziggy is more protective and tends to be a ‘helicopter mom.’ She’s very attentive to this calf, as she has been to all her calves. We feel lucky, as both Marlee (mom to another recently-born calf, Poppy) and Ziggy are very good moms, and at this point, they’re very experienced as well.”

Baha has been able to view his new son over a stall wall in the indoor habitat. Giraffe dads are not typically involved with the small calves, and Baha has a history of being uncomfortable around newborns. He has been curious, but keepers say he also “seems a bit nervous and is keeping his distance. Based on past experience, we expect he’ll warm up to the calf once it’s a few months old, which is what he’s done with his other offspring.”

The birth happened very quickly — ideally, animal care staff prefer the giraffes give birth indoors, “but babies come when they come.” Staff were trying to shift her inside, but the baby was coming fast, and Ziggy wasn’t willing to move. So, unlike other giraffe births at MCZ, this little guy was born outside in front of visitors. And again, he appears very healthy and strong. (The last giraffe born outside during open hours was in the 1990s.)

Ziggy also has a unique connection to Giraffe zookeeper Ryan Taylor, who originally cared for her at Disney’s Animal Kingdom, where she was born. Her new calf, Asante, is named in honor of Ziggy’s father at Animal Kingdom. Asante means “Thank you” and is popularly known from the phrase “Asante sana,” which means “Thank you very much.”

It’s going to be a lot of fun watching this little calf running around the yard with his half-sister, Poppy, who is just 2 months older than he is! 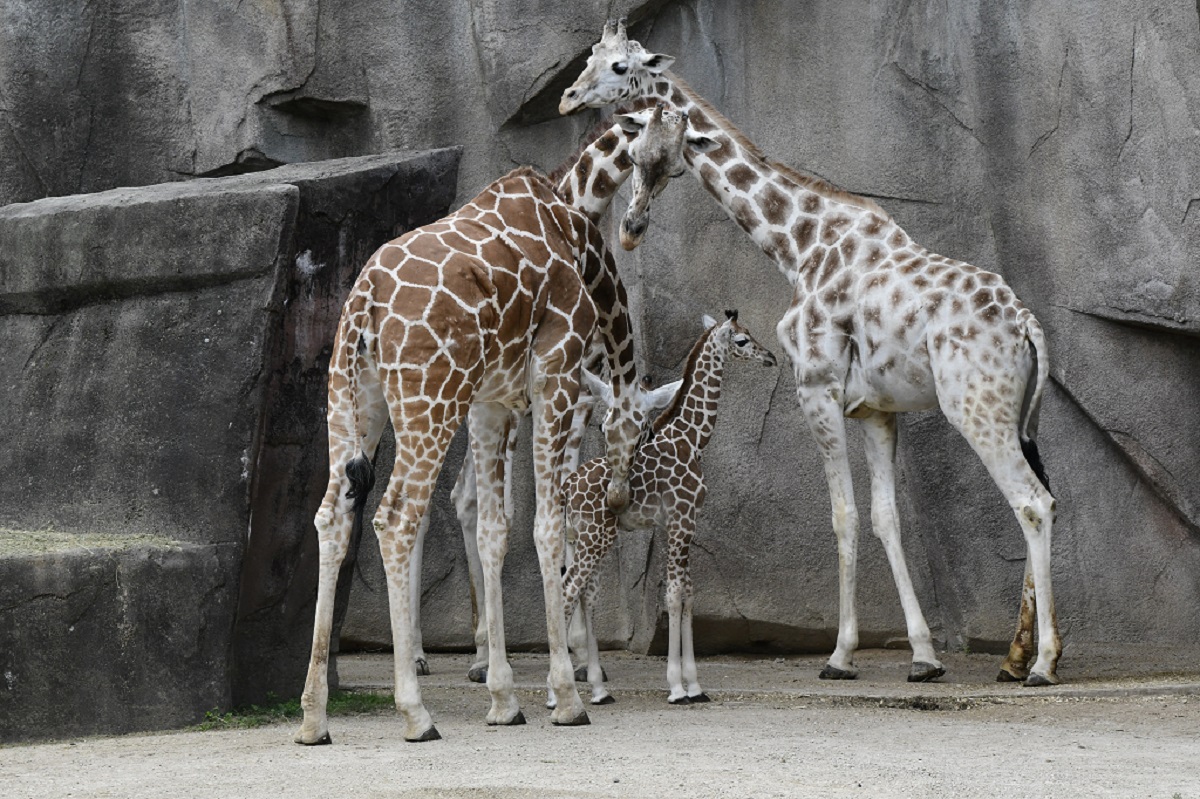