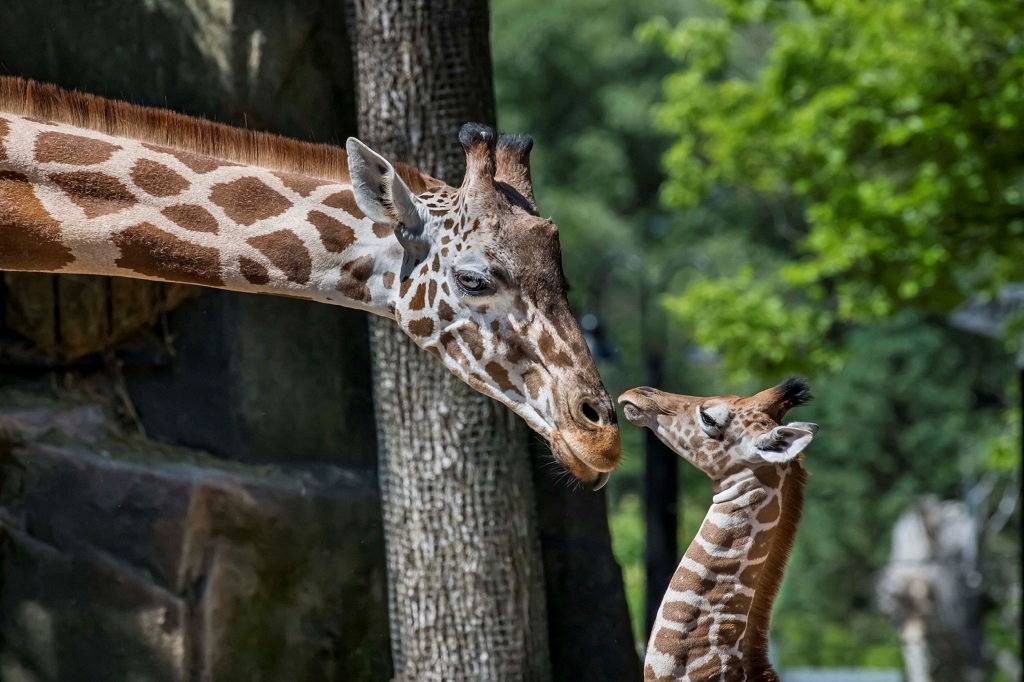 Reticulated giraffe calf Poppy recently celebrated her 2-month birthday, and keepers report that she’s about 7 feet tall already! Poppy is eating solid foods, while continuing to nurse from mom, Marlee. She enjoys eating alfalfa and browse (leaves from trees and shrubs) and has started sampling food pellets a little bit as well. She’s not taking treats from keepers with any regularity just yet, but she’s expected to start training within the next month.

Poppy is very independent and can be seen all over the yard. A lot of the time, she follows Marlee, or big sister, Maya, but sometimes she also hangs out with the others or even wanders off by herself. She’s had some contact with her dad, Baha, over the fence inside the indoor habitat but has not shared space in the yard with him.

Poppy is curious about people and most active in the morning – come visit her! She can be seen either in the indoor enclosure or the outside habitat on most days.

The Milwaukee County Zoo is proud to announce a reticulated giraffe birth on Friday, May 27, named Poppy. She’s named after the Remembrance Poppy, a symbol of Memorial Day weekend, when the calf was born. Through our social media platforms, Poppy received 51% of the total 9,725 votes.

The female calf was born in the early evening hours to mom, Marlee, and dad, Bahatika. This is Marlee’s third calf; her most recent calf, Maya, born in 2018, is part of MCZ’s current herd. On May 28, Zoo veterinarians and animal care staff completed the calf’s first exam, and recorded a weight of about 164 pounds, and a height of approximately 6-feet tall. Even though zookeepers haven’t seen the calf nursing during the day, she is “spunky and strong,” so staff know that she’s eating fine.

The Giraffe building will be open this week from 11 a.m. to 3 p.m. daily. Because giraffes don’t like loud noise, Zoo Pride volunteers will help with noise control, so the calf can become more acclimated to her surroundings and comfortable with animal care staff. As the calf becomes more comfortable with visitors, building hours will be extended.

The calf has been spending most of her time with mom in the back area of the Giraffe building, not visible to the public. Both Marlee and the calf have the choice to go into the indoor habitat within view of visitors.

In the wild, giraffes are found throughout the savannas of Africa. Their numbers are in rapid decline in what has been termed: “the silent extinction.” Reflecting this trend, the IUCN (International Union for the Conservation of Nature) global Red List of threatened species recently updated the giraffe’s status from “Least Concern” to “Vulnerable.” 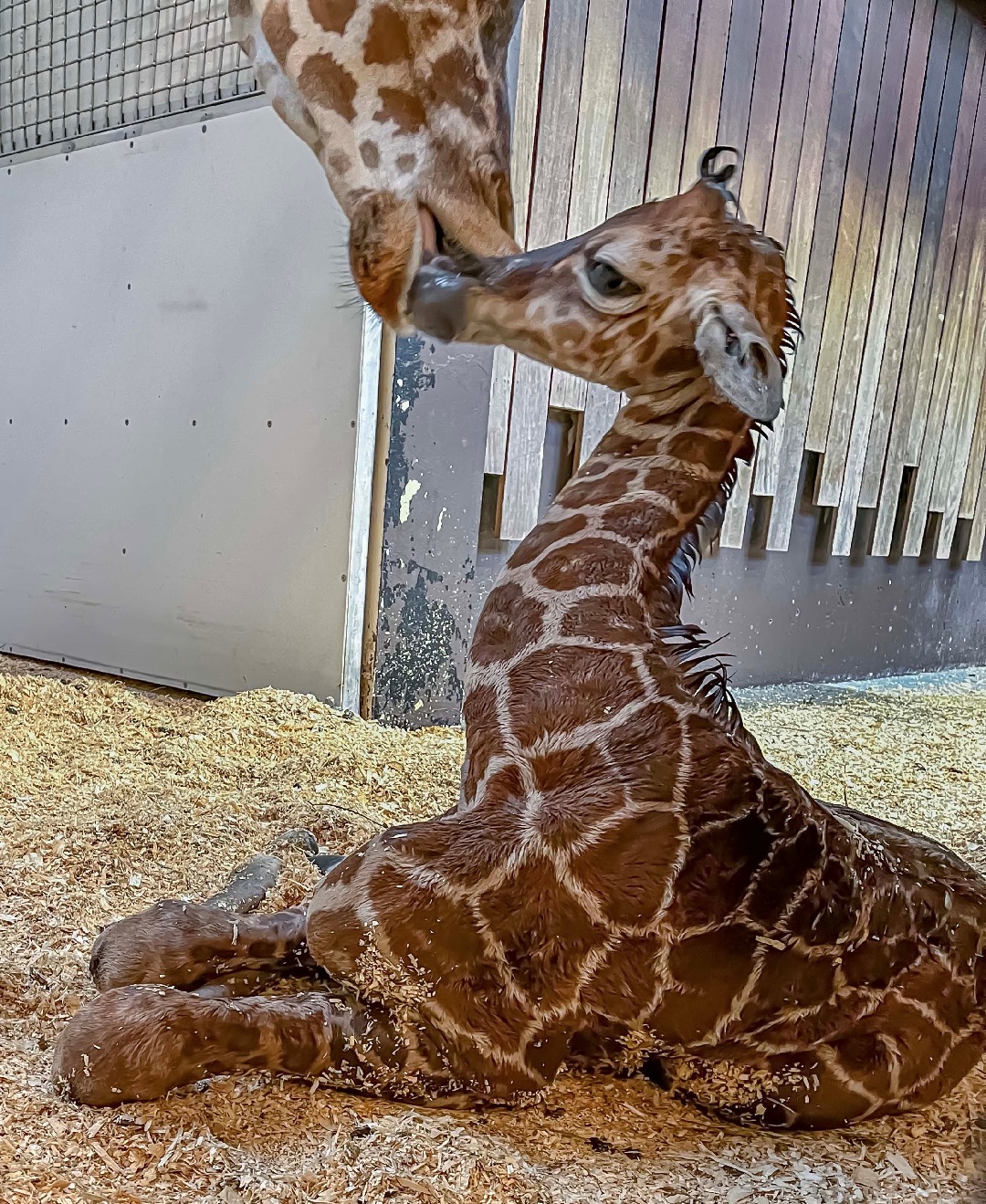 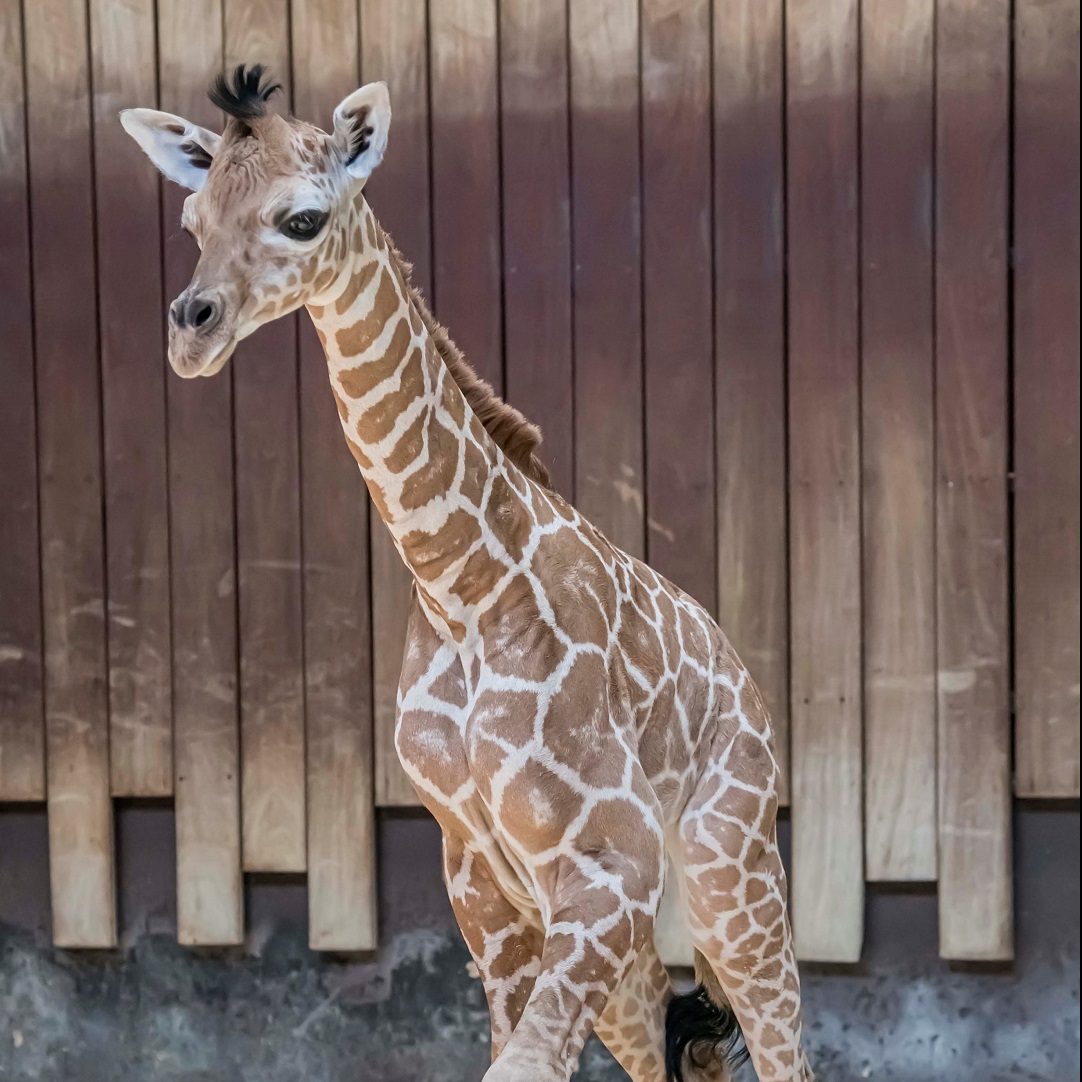